Our oceans are really important, both from the perspective of the life within it, the health of our planet (climate change) and, from an anthropocentric point of view, us.

By no means am I an expert on this topic. This article is what I’ve learnt about the importance of oceans from Helen Czerski in her ‘Our Oceans’ Cheltenham Science Festival 2020 talk (available for 30 days after airing on YouTube).

I’ve made my best effort at trying to ensure that all details are accurate. However, in the event of inaccuracies, please feel free to correct me in the comments below (or get in touch via the contact form).

So why are our oceans important?

For a number of reasons!

First and foremost, for the life within it. At least from my perspective, it is easy to get caught up in the vagaries of life that we may forget that this planet is ours to share with the myriad other creatures that inhabit this planet, including those in our oceans. They have just as much a right to it by virtue of the fact that they’re born and raised within our planet.

Oceans play a key role in dispersing the heat, that it absorbs from the energy radiated by the sun, from the equator to the poles. Our weather patterns are in part dictated by our oceans.

CO2 and O2. You may know that we need ‘carbon sinks’ to take in the excess carbon dioxide we’re producing through burning fossil fuels, and while our minds may drift towards trees, we may forget that (or not be aware of the fact that) our oceans take up a lot of CO2. Similarly, our oceans also produce oxygen (anything that photosynthesises produces oxygen). In my view, we should hold oceans in the same high regard (for those of us that do) as our trees.

We get 12% of our food from the oceans, so it’s vital that we manage the resource effectively (more on this later).

What are we doing to our oceans?

As the question points out, it is our fault. We, as humans, have significantly damaged our lovely blue planet, including our oceans, so we are also responsible for clearing up the mess.

Our oceans are naturally alkaline, but they’re becoming less so. One hundred years ago, our oceans had a pH level of 8.1. Since the past one hundred years, it has dropped to 8.05 pH. This may not seem important, but, to put it simply, it has a big impact. For instance, the life within our oceans, such as coral reefs, are affected by the fact that the oceans are more acidic than before.

93% or so of the heat from climate change is absorbed by our oceans1. As mentioned before, this can drastically affect our weather patterns. Coral reefs have a narrow temperature range that they can survive on, so we’re causing undue harm to them. Additionally, the excess heat affects where animals can live and what they can eat.

To put this in perspective, consider a hypothetical scenario where a small elite amongst us humans were doing something to our atmosphere such that it becomes inhabitable to live where we are currently living (sound familiar?). (For something less abstract, consider if there was a nuclear disaster that had to uproot you from your city). Moreover, for whatever reason, you now have a significantly limited palette of food to chose from (it’s like being a university student on a budget all over again). You may feel anger and frustration, and arguably rightfully so, at what those privileged few are doing. While our ocean animals may not be able to feel those emotions on this matter, you may now be able to better appreciate how devastating the impacts are.

The melting of our ice caps at the poles, and a few other places, is a classic case of the impacts of global warming. This results in more water. As this cold water mixes with the warmer water in our oceans, it heats up. Warmer water expands and takes up more space, ergo, there’s even more water in our oceans. This increase in sea levels can be observed through satellites (see NASA’s data for yourself). Coastal regions may be more susceptible to flooding as a result. For our amphibian animal friends on the coast, they rely on being able to move in and out of the water. That becomes a lot harder for them as more of our land becomes flooded with water.

Earlier on, I mentioned the oxygen in our oceans. Oxygen is the fuel for many living beings on our planet. Another issue with the warmer water point made above is that warmer water holds less O2. We have observed a 60% decrease in O2 in the past 60 years. Simply put, areas with less O2 is lethal for life.

In the So why are our oceans important section, I stressed the need to manage our resources in the water sustainably. Overfishing, as you may well know, is a big problem these days. Fish move around a lot, so overfishing has consequences on the rest of the food chain.

Thankfully, the public as a whole has become more informed on this matter. We dump a lot of plastic into our oceans – we can only find a mere 1% of the plastic we dump into our oceans. This could mean that animals end up accidentally eating bits of plastic, which can be harmful. Moreover, plastic can contain toxins like polychlorinated biphenyls (PCBs) that stick to the plastic (for further reading on the toxins, see Blastic’s page on the toxicity of plastics). It’s particularly distressing to hear of animals coughing up plastic.

We may not readily think of this as being all that important, but it is. As humans, we are largely driven by our sight (our other sensors are important too). Ocean animals, on the other hand, are largely driven by their hearing. Due to the loud rumble of our ships and deep oil sea mining (which is harmful in its own right), animals in the ocean are acutely affected by this disruption. Imagine if there was a constant smog (including indoors) that limited your visibility to a few metres.

What can we do as individuals?

Interestingly, we call our blue planet ‘Earth’, despite 70% of it actually being water.

You’ll of course forgive me for not using a standard referencing style. 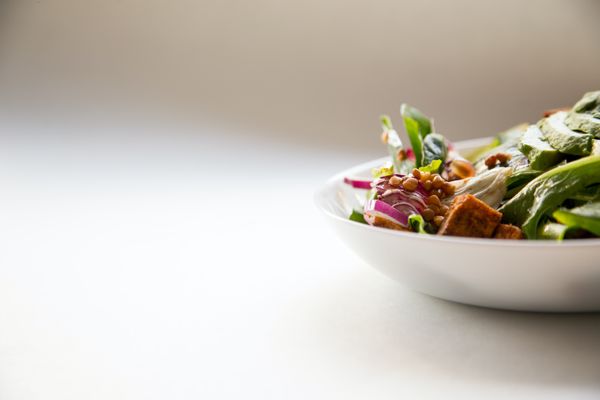 Finding the optimal diet for you 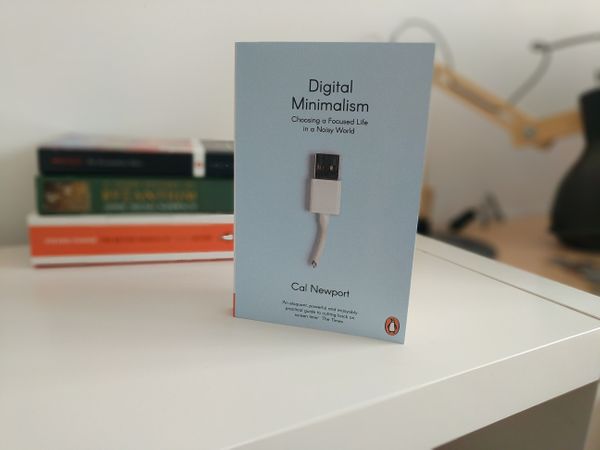 While it’s clear that Cal Newport advocates a ‘less is more’ approach, he does so in a fair and objective way that explains both the advantages and disadvantages of